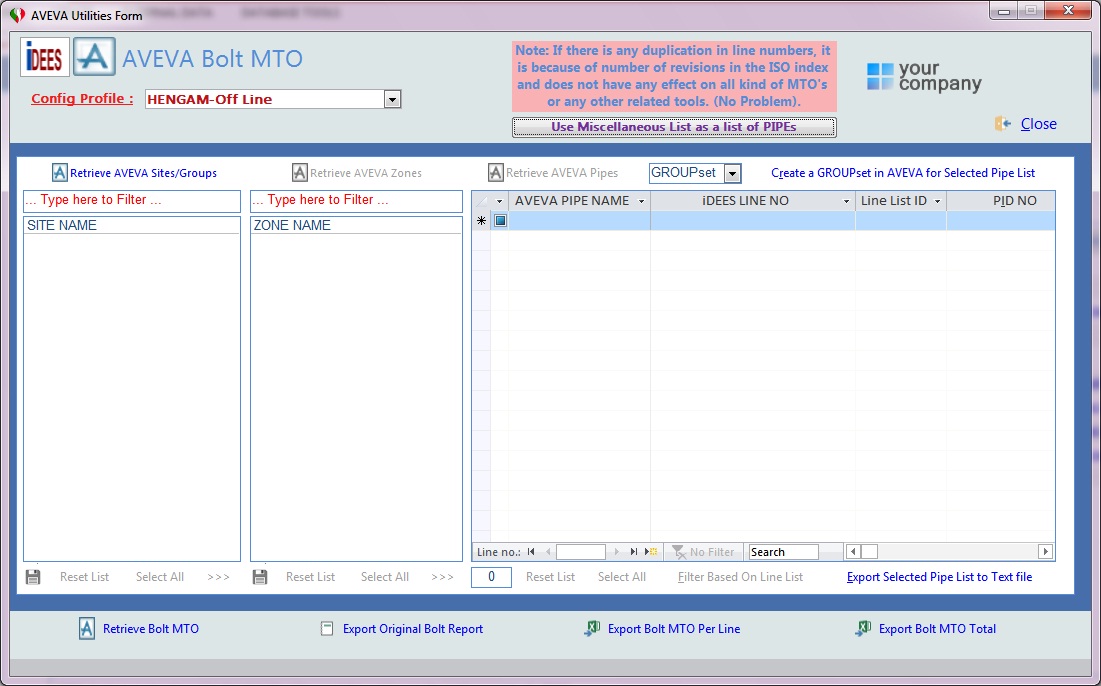 When user wants to generate Bolt MTO and press related button in the main menu, a hint will be appeared and tell user that ISODRAFT module must be closed before continue and also user must try at least one time to generate an isometric in the ISODRAFT by mentioned Option file in the AVEVA Configuration.